Since co-founding Ergo over 28 years ago, John Purdy has steered the company through extraordinary growth, creating a €100m business with nearly 500 employees, spinning off two companies (Fenergo and FlowForma) and acquiring three others (CDSoft, iSite, Micromai). First as CEO and now as Chairman, his leadership and vision have been invaluable to Ergo and the other businesses he advises. His skills were publicly recognised in 2014 when he was named EY Industry Entrepreneur of the Year. A graduate of Cranford University, London, he has qualifications in strategic management and marketing and is a member of the Irish Management Institute. He participated in the Leadership for Growth program in Stanford University, organised by Enterprise Ireland and the Irish Software Association. A familiar voice in the media and at conferences, John is well known for his forthright views and a passionate commitment to making technology an enabler for doing better business and a force for positive change. 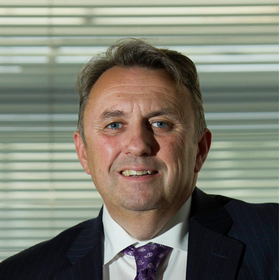